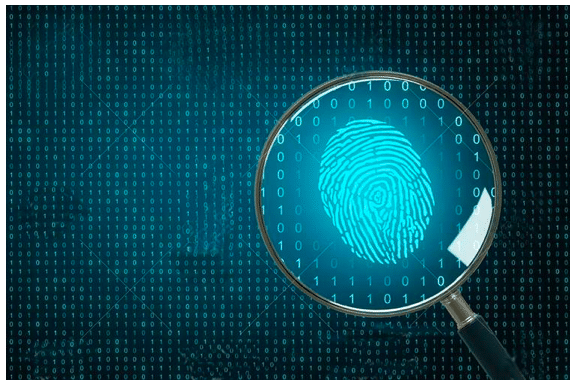 We are all familiar with the main commercial uses of Vacuum Pumps. But you may not know about some of the niche markets where vacuum pumps do some very cool and unique stuff.  Law enforcement, cell phone manufacturers and the sports industry all rely on vacuum to help them solve some of their toughest problems.

The use of vacuum to uncover latent fingerprints was discovered in 1968, when scientists first reported that in a vacuum, when a very thin metal film (at the time, a mixture of zinc, antimony, and copper powders) was deposited on the fat films of hidden fingerprints, they became visible.

This process is called Vacuum Metal Deposition (VMD) an was originally used to apply metal coatings to glass to form mirrors.  VMD works best on nonporous specimens but can also be used on semi-porous surfaces. Later experiments showed that fingerprints developed with single metals were not as good as those developed with a combination. Typically, combinations of two metals were used; gold or silver were deposited first, followed by cadmium or zinc. Since silver can degrade easily, and cadmium can be toxic, gold and zinc is now the combination of metals used in the technique.

VMD requires a Vacuum Chamber, filaments for the evaporation of the metals used, and some manner of viewfinder to monitor metal deposition. It gives excellent results on non-porous surfaces and is the best method for lifting prints from plastic bags. It can, however, be used on any surface if needed.

The reason it works is due to the differing characteristics of the metals used. Gold can be deposited over the entire surface, including the latent print, and on top of the oils which form part of its composition. The gold will then diffuse into these oils, meaning no gold atoms are left at the surface. This is important, because when the zinc is then deposited, it won’t condense on the oily deposits, and will only deposit on the existing small nuclei of gold, revealing the print.

During the VMD process, the metal deposits on the prints are very fragile and need to be handled with extreme caution.
According to the FBI, the basic procedures are as follows:

1. Place or suspend the specimen from the interior rack if the vacuum.
2. Place gold and zinc in the appropriate boats.  The total amount of gold to be thermalized for each sequence will be approximately 0.04 g.3. Pump the chamber down to the proper operating pressure range of 10-4 torr. The vacuum ready light on the instrument display panel will indicate when this is done (approximately 10 minutes).
4. Once the desired vacuum is obtained, set the current switch to gold and adjust the power control knob to 195. The gold should be heated until all gold boats have been thermalized (approximately 10 seconds). This should be observed through one of the viewing ports while wearing welder’s goggles.
5. Turn the current switch off for approximately 15 seconds.
6. Set the current switch to zinc and adjust the power control knob to 52. Allow 1 minute to 1 minute 45 seconds for the zinc to thermalize. Observe the control sample through the viewing port for the correct zinc development.
7. Repeat after setting the rotate switch, if the specimen needs to be rotated.
8. Wait approximately 30 seconds and vent the chamber.

During fingerprint detection, scientists employ the best method available given the conditions. Vacuum can play a specific and vital part in tracking down perpetrators.

Manufacturing: The Smaller the Chip, the Slimmer the phone.

Today's microchips are so small (nanometers) that even the smallest dust particles and gas molecules can inhibit their function. During production, manufacturers us vacuum to keep them clean and dust-free.
In today's world, most of our technology requires microchips to work. Everything from automobiles to mobile devices requires a microchip. By necessity, these chips are getting smaller and smaller. Chipmakers rely on 14 nm technology, meaning the smallest functional units are only 14 nanometers in size. To give you an idea, the head of a pin is approximately one million nanometers.

The Dangers of Dust

At these miniature sizes, a dust particle is gigantic and would be like a massive rock on the surface of the chip. Companies use clean rooms with filtered air, requiring an airlock at the entrance. Employees must be thoroughly cleaned and wear protective clothing before entering the room. Rough Vacuum help with this process by suctioning dust particles off surfaces using negative pressure. The room itself is kept at a slight over pressure so that nothing can get in.

There is a slight over pressure in the clean room itself, which means that nothing can get in – even in the event of a leak. The constant airflow required there is supplied from above. The corresponding extraction unit is located in the double floor of the clean room. The silicon wafers, which serve as the basic material for the chips, are fixed by a vacuum holding device (chuck) in various manufacturing steps to protect the material.

At this point, to build the chips themselves, companies turn to High Vacuum pumps. This applies, for example, to the deposition of metal onto the silicon wafers. The metals used reach their boiling point at relatively low temperatures, but even the smallest inclusions, even of air gas molecules, would impair the conductivity of the wafer-thin layers. The same applies to ion implantation. There, ions are accelerated in an electric field, directed onto the wafers and placed in the crystal lattice.

Without vacuum pumps, another technology, EUV lithography would not be possible. This process uses extreme ultraviolet light with a very short wavelength to expose particularly small structures on the wafer surface. EUV light would be completely absorbed by air after just a few millimeters. It can only spread unhindered if the vacuum level is very high.

In our technological desire for smaller and smaller phones, both rough vacuum and high vacuum are absolute musts, making this technology possible.

A doping scandal, when uncovered, always makes headlines. But in reality, doping is difficult to uncover and prove. Trace analysis is usually required to find the perpetrator, and vacuum pumps are required to make this possible

Despite frequent testing, detecting drugs in blood and urine can be challenging because they can be metabolized quickly. And since new drugs are coming out all the time, the latest ones may not be tested for in time.

Vacuum to the rescue

The World Anti-Doping Agency (WADA) certifies laboratories to test for drugs. These labs rely primarily on a combination of gas chromatography and mass spectrometry. Using vacuum, this technology can detect even tiny traces of a few picograms or femtograms per milliliter of urine.

First, the tester uses a high vacuum to evaporate samples and separate them into individual substances. Then, the mass spectrometer sorts them according to mass and charge. The unknown compounds are ionized first, most often by electron impact ionization. Some of the molecules disintegrate into charged fragments. The resulting ions are now accelerated, pass through an electric and magnetic field and finally hit the detector.

The whole process takes place in a high vacuum so that the ions are not scattered by the collision with air molecules and deflected from their path to the detector. Vacuum Systems ensure a constant negative pressure of one-millionth of a millibar at the most during the analyses.

As soon as the detector registers signals, spectra corresponding to the specific mass of the molecules and fragments are recorded. Special software and databases are used to help with interpretation. This allows conclusions about the substances contained in the sample to be drawn from the different peak values and the concentration of these substances to be calculated. It is then possible to use this to derive whether a limit value has been exceeded.