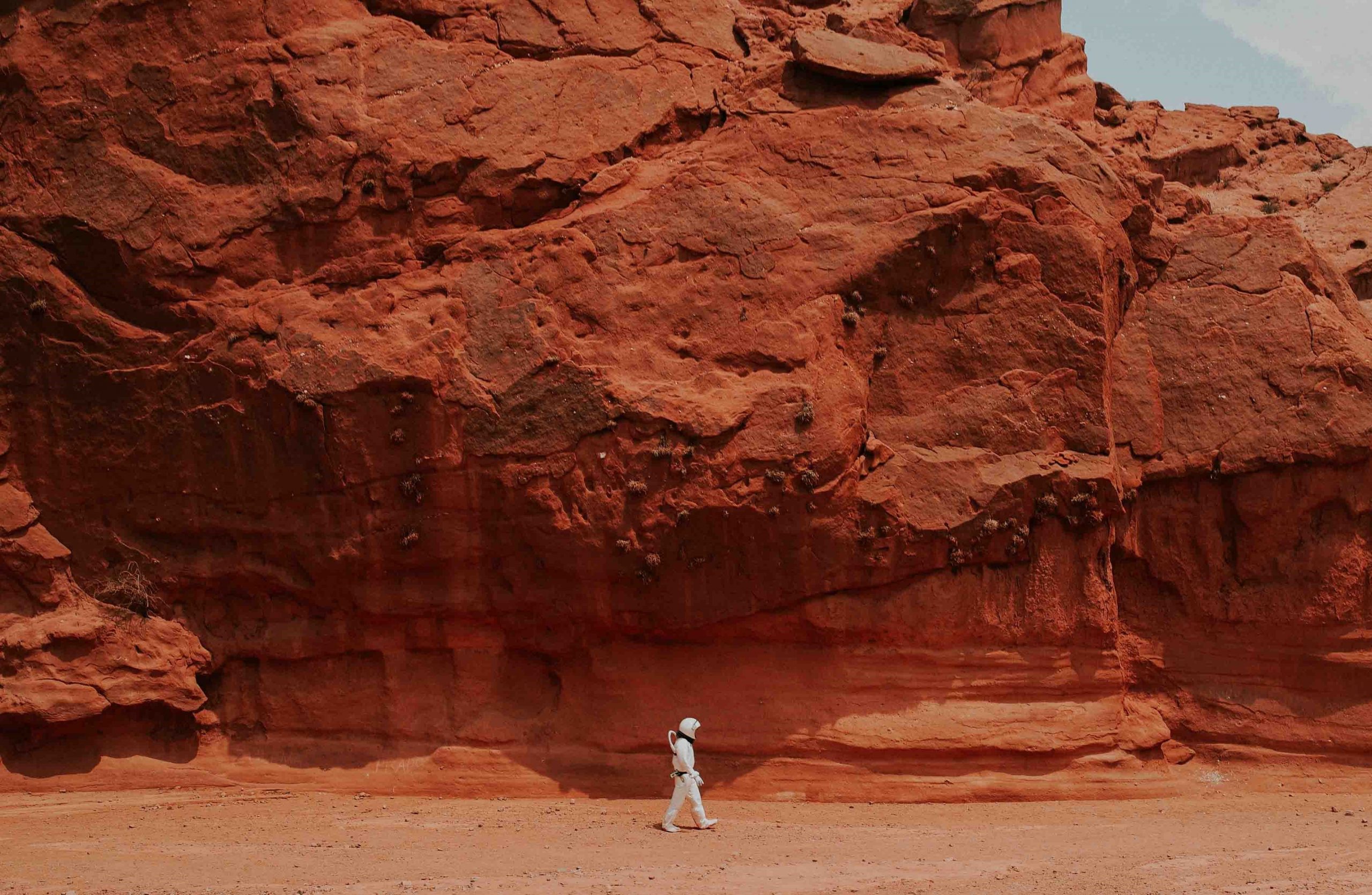 Anyone who has seen the movie Total Recall or read the Martian Chronicles by Ray Bradbury has wondered what it would really be like to live on Mars.

A very long time ago, the surface of Mars was habitable. Mineral deposits that only form in the presence of liquid water provide proof that, in the distant, distant past, the Martian climate supported liquid water at the surface. Dry riverbeds and other features on the surface also indicate that the planet had lakes, rivers and an ocean.

But 4 billion years ago, the planet lost its global magnetic field (similar to the one that still protects the Earth from the sun’s radiation). Charged particles from the sun began stripping away the Martian atmosphere. Strong and frequent solar storms battered the surface of the planet, along with extreme ultraviolet (UV) light which was more powerful than it is today, eventually reducing it to a thin field that doesn’t keep out very much heat or UV radiation. The surface became extremely cold and dry as a result, leaving underground pools as perhaps the only potential opportunities for human life.1

It is theoretically possible to restore the Martian atmosphere of yesteryear by vaporizing massive amounts of water, ice and frozen carbon dioxide. But to do so would require a massive effort. Although Mars has a large amount of ice that could be used to create water vapor, prior analysis shows that the water cannot warm itself sufficiently without outside help. There is no lack of innovative ideas on how to rebuild the atmosphere to support life, but most of them would not be sufficient by themselves.

One frequently proposed solution is to release carbon dioxide trapped in the planet surface to thicken the atmosphere and warm the planet. This would increase the temperature to the point where liquid water could become stable on the surface. (These gases are familiar to us on Earth and called “greenhouse gases” for their ability to trap heat and warm the climate.)

Even though the atmosphere on Mars is mostly carbon dioxide, it is too thin and too cold to support liquid water. The pressure of the atmosphere on Mars is less than one percent (.6 actually) of the Earth’s pressure, and any liquid water would very quickly evaporate or freeze on the surface of Mars. Mars is further away from the Sun, and researchers estimate a carbon dioxide pressure similar to Earth’s atmospheric pressure would be needed to raise temperatures enough to allow for stable liquid water. (Research was supported in part by NASA through the MAVEN and Mars Odyssey THEMIS (Thermal Emission Imaging System) projects.)2

The most accessible source is carbon dioxide in the polar ice caps: it could be vaporized with explosives, or by spreading dust on it to absorb more solar radiation. But, vaporizing the ice caps would only provide enough CO2 to double the Martian pressure to 1.2 percent of Earth’s.

Another idea is to retrieve the carbon locked in mineral deposits. Using recent NASA spacecraft observations of mineral deposits, it is estimated that the most plausible amount will yield less than 5 percent of the required pressure, depending on how extensive deposits buried close to the surface may be.

A third method would be to use CO2 attached to dust particles in the soil, which could be heated to release the gas. Researchers estimate that heating the soil could provide up to 4 percent of the needed pressure.

Just using the deposits near the surface would require extensive strip mining and retrieving the CO2 attached to dust particles would require strip mining the entire planet to a depth of around 100 yards. Even CO2 trapped in water-ice molecule structures, should such “clathrates” exist on Mars, would likely contribute less than 5 percent of the needed pressure, according to the NASA team.

Carbon-bearing minerals buried deep in the Martian crust might hold enough CO2 to reach the required pressure, but the extent of these deep deposits is unknown, and recovering them with current technology is extremely energy intensive, requiring temperatures above 300 degrees Celsius (over 572 degrees Fahrenheit).

Yet another idea is to import volatiles by redirecting comets and asteroids to hit Mars. However, many thousands would be required to have any real impact (mind the pun). In sum, the complications associated with terraforming Mars make it not viable using today’s technologies.

However, another study from Harvard disagrees, asserting that transforming the planet one piece at a time is possible and relatively straight forward. The idea here is that patches of the planet could be made habitable with relative ease by placing thin layers of silica aerogel on or above the Martian surface, according to Robin Wordsworth, Assistant Professor of Environmental Science and Engineering at the Harvard John A. Paulson School of Engineering and Applied Sciences (SEAS) and the Department of Earth and Planetary Science.3

The insulating aerogel would warm the ground enough to melt water ice as well as block harmful ultraviolet (UV) radiation, potentially creating an environment where plants and other life could grow. This study was inspired by observations of dark spots in the carbon-dioxide ice caps at the Martian poles. These spots are thought to result from a “solid-state greenhouse effect” — where the sunlight gets absorbed into, and melts, the interior of translucent snow and ice.

In a laboratory, Wordsworth and his team subjected silica aerogels to Martian conditions, hitting the material with the same amount of solar energy that reaches the surface of Mars. They found that an aerogel layer just 0.8 inches to 1.2 inches thick (2 to 3 centimeters) can boost the temperature of the ground beneath it by up to 90 degrees Fahrenheit (50 degrees Celsius), enough to melt subsurface ice, and keep it melted, to a depth of several meters, year-round on Mars. Silica aerogels also block UV light, so they would also shield anything under them from harmful radiation.

The aerogel could be placed directly on the planet’s surface, paving the red dirt like tiles. Or it could be used to build greenhouses, which could host food crops and other plants. Although there would be many challenges, such as how to get the material to Mars, and of course ethical considerations as to whether we should do it, according to Wordsworth, the aerogel idea should be less controversial than a planet-wide terraforming effort.