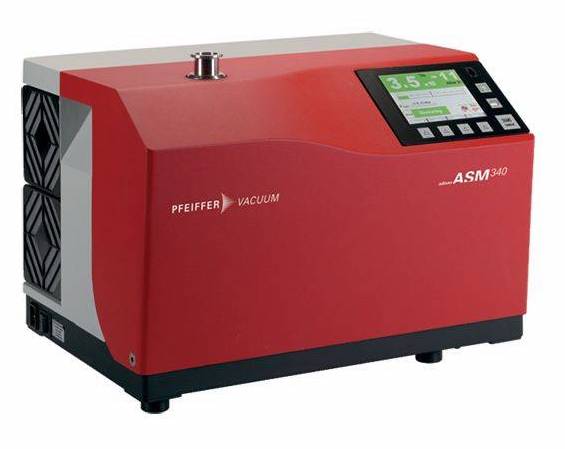 Helium leak detection is vital to ensuring the effectiveness and safety of any vacuum pump. Without highly-advanced helium leak detectors, we would have to use less effective methods of leak detection and potentially compromise the safety and integrity of all our vacuum applications. Although leak detection technology is widely used, it isn't always appreciated for its precise ability to detect leaks.

Technology Primer—It's all about the Helium

Helium leak-detecting technology uses a mass spectrometer to detect the amount of helium that has leaked out of a given vacuum system. Remember that no vacuum is absolutely perfect, so there is always going to be a certain amount of helium detected. So why is helium the preferred element used in safety and product testing? Helium is relatively cheap, nontoxic, nonflammable, and is one of the smallest elements in terms of atomic mass. This means that it is the perfect element to pump into a closet vacuum system in order to detect leaks.

Helium atoms that leak through the vacuum system are ionized, and the helium leak detector uses a special device to turn the helium ions into a measurable electrical current. That current is shown on a screen, which interprets that electric current as of the concentration of helium. From there, the concentration of helium indicated the leakage rate from the vacuum being tested.

What’s amazing about these detection systems is how precise and accurate they are when it comes to measuring the leak rate within a specific vacuum. The amount of helium leakage can be expressed in parts per million (ppm), which is a bit misleading because it does not account for the flow of the gas relative to the total amount of gas being put into the vacuum. A different way to measure helium leak rates is with "pressure *volume/time.” This accounts for the leak rate by also referencing the change in volume and change in time.

The most effective helium leak detectors can measure a leak up to 10^-12 mbar*l/s, which is 10 with 10 zeros in front of it! This incredibly minuscule amount of helium is essential beyond comprehension to the human eye or mind. We are talking about a level of detection that is only possible by using highly-sophisticated technology. The leak detection systems are actually so precise that outside interference is sometimes an obstacle. A small leak in an o-ring or the presence of helium in the atmosphere can cause a degree of error in the readings.

Where Do We go From Here?

Applications for helium leak detection are many, including quality control of production parts such as hermetically sealed packages; medical devices; and brake, fuel, and hydraulic lines, as well as the maintenance of vacuum and pressurized systems such as vacuum furnaces; electron microscopes; power plants, and underground cables and pipes.

Although you might not see helium leak detectors on primetime television, their importance within various industries makes them an integral component of vacuum technology and services. Detectors have been used in significant applications, such as the Manhattan Project’s uranium plants, and today, helium leak detectors are an essential component of vacuum systems across the globe.

Scroll back to top